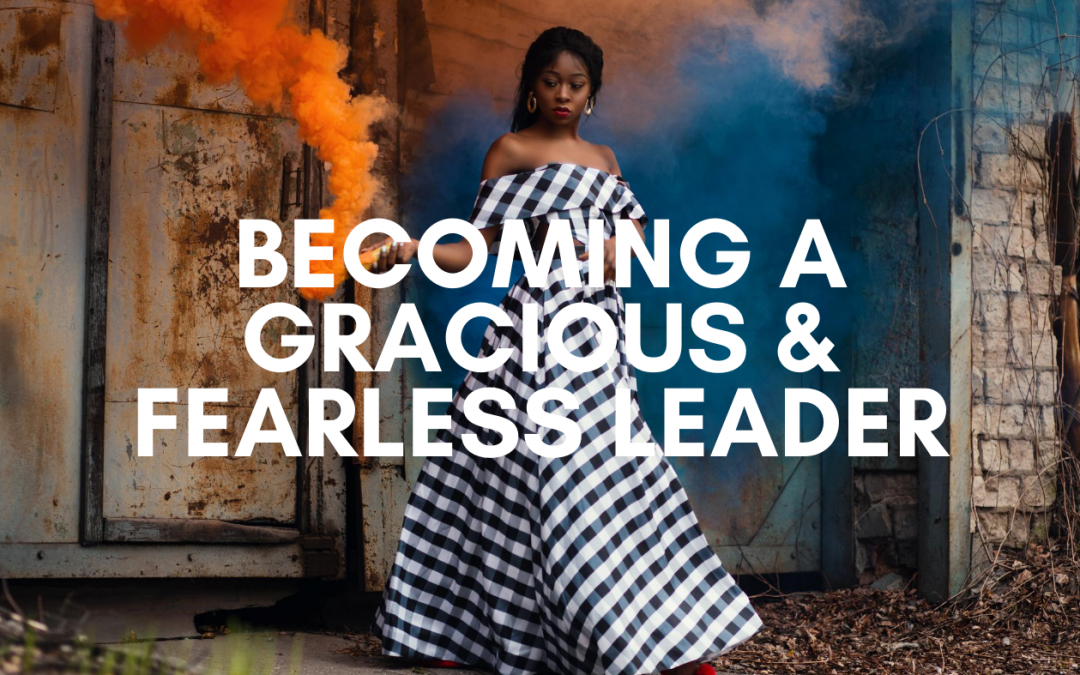 But first, what does it mean to have grace? How can one become a woman leader, who isn’t afraid to speak their mind?

It takes courage to become a woman leader, a woman entrepreneur, a strong woman, a mother, a good wife. Women are not born with some of the skills or qualities that make us good at that, but we sure can become good at anything we set our mind to.

It all starts with possessing some of the qualities that a fearless, strong and graceful woman leader can become. Because respecting yourself and possessing these qualities from within affects all other areas of your life, as Practical Counselling blog suggests.

So what are those qualities?

Respect: A gracious woman leader respects herself and other women.

A woman leader respects herself enough to stand tall, appreciate her values and her own unique identity. She doesn’t look down on other women or speaks poorly of them behind their backs.  She doesn’t call women the names that men have used to degrade and to objectify us for thousands of years.

She doesn’t demean other women in order to fit in with the prevailing culture –  to pretend that she is more secure than she is.  She respects the integrity of other women’s personhoods, and she treats other women as she would like to be treated herself.

Honour: A gracious woman leader holds her morals high, she doesn’t compromise them to fit in with others.

A woman leader isn’t easily led to things that aren’t part of her ethos or moral makeup. She sees herself as a person with higher ethical standards, and she endeavours to live up to that measure. She is agile and resourceful, but never deceitful or manipulative.

She develops her own definition of right and wrong and strives to adhere to it.  She continually re-evaluates that distinction as she goes about her days, learning as much about herself as she does about the world and her place in it.

Integrity: A gracious woman leader has integrity and she combines confidence with humility.

The strength not only to admit to mistakes but also to embrace the discomfort or consequences that sometimes accompany such errors.  A woman leader is honest about her shortcomings and faces them with an open mind and a brave heart.

Woman leader says what she means and means what she says, combining true integrity and confidence, because she is true to herself and speaks with humility.

A woman leader makes a conscious decision to take the emotion into herself.  She doesn’t just sympathise – she empathises.  She strives to understand the emotion, and she allows herself the loss of control that accompanies such compassion.

To truly be someone else in suffering – even if just for a moment – and to make that pain her own.  She understands that pain, and when judging others, she uses only her heart.

Reflection: A gracious woman leader knows that at the end of the day, her thoughts, her actions, and her life are all her own.

A woman leader looks back on the choices she has made – from the big to the small – and she weighs the merits of those choices within her own context.  Day by day, she asks herself, what does this choice mean for me?  How will this choice make me feel?

Will I be closer or further away from the “me” that I want to be?  To judge herself, she uses her head, and she grows from that self-reflection to be a better person.

Value: A gracious woman leader knows she is worthy.

Worthy of trust, faith, praise, admiration, respect, and love.  She knows that both her life and her company have value, and she expects others to understand it, too. She recognises when she is being treated worse than she deserves, and dares to stand up for herself or walk away.

She does not allow people to come into her life with a negative purpose or intention.  A woman leader knows exactly how much she is worth, and she demands that others respect her accordingly. She values herself because she knows what she brings to the world is important, as we mention more in our blog post ‘Business Success – Why the world needs you to be rich‘.

Courage: A gracious woman leader is strong at heart.

Her courage is not for display; it is for neither the praise nor the admiration of others.  It is for times of fear or of uncertainty, for times when action is called for instead of words.

Her courage is not natural – it is a decision to combat a negative environment with positive energy.  To affect change with that power.  Her courage risks the security of her entity for the freedom of an idea and opportunity for success.

Passion: A gracious woman leader has a fire in her soul.

A gracious woman leader, shy or engaging, quiet or outgoing, she has a personal stake in the life that she leads, and she strives to make the most of it.  She puts everything she has into everything she does, and she feels the desire for accomplishment deep within her.

She sets her own goals and weighs her successes and failures by her own measures.  She gets back up because she must.  Because she feels the drive to achieve.  Her passion is her fuel, and her dreams know no bounds.

Do you want to know what personality traits most powerful women in the world have? Check out this article here.

Success: As a woman leader she knows the meaning of success

She knows that success is multi-dimensional and she strives to create fully aligned life that feels good on the inside and it shines through on the outside. Because a life is not worth living if it is simply for others to see. As a woman leader she is not in competition with anyone else but herself.

As our recent article talks more about ‘Redefining Success – what does success look like‘ .

Raimonda helps female entrepreneurs and business owners get established, get noticed and visible online – so they can build a successful business online and become the go-to authority in their field – generating more leads and creating more income whilst making an impact.